Vacationing as a Single Mom 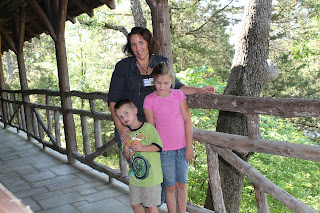 I have always feared that I would not be able to navigate, control, and make it anywhere on time when “solo” with the sidekicks…fact is kids take time and move slooooow!  We did it though, we survived a music show, a boat cruise, shopping, a cave tour, water park, and sleeping in a Tree House.  Guess what Momma’s it is not that bad in fact I think I have found my kids behave better and respect me more without someone there helping…but hey this was our first attempt!

Things to know while traveling as a Single Parent

While we had our disagreements, our distractions, we also had one of the best trips ever…for me it was the most rewarding know I can travel solo and have real fun with my kid!

***Our trip was sponsored by The Benders-Walker Group

Posted by The Missouri Mom